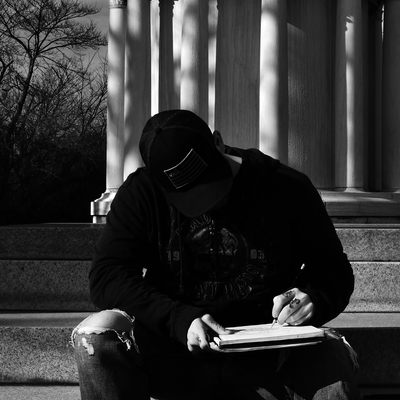 Mike comes from a long line of artists, creators, and leaders from across the country. Michael graduated in 1995, while also attending classes at the Herron School of Art and Design. Leaving IN and continuing his schooling in TN, he graduated with a degree in Graphic Design and another in Public Relations. After college, Mike joined the military where he excelled as a decorated Explosive Disposal Technician (bomb tech) with multiple deployments to Afghanistan and Iraq. Mike also supported the Secret Service on protection details for the President and Vice President of the United States, along with other foreign representatives visiting the U.S.

Mike continued his experience as a government contractor becoming an advisor to the Iraqi government, improving their training facilities and explosive curriculum, for their current and future bomb disposal soldiers. While creating designs and being tattooed himself, Mike was asked to join the tattoo community and with no second thought he put his profession behind him and thus began his apprenticeship and tattoo career.

purchase artwork or commission requests
BACK TO ARTIST DIRECTORY